a measurement of waterproofing

For any fabric to be considered fully waterproof it must be able to withstand the pressure of a column of water 1000mm high without leaking. This is classed as a hydrostatic head rating of 1000.

To measure the hydrostatic head of a fabric a column of water is pressed against it. The height of the column is increased until the water penetrates the fabric.

The term hydrostatic head is used to denote the amount of pressure of water that is required in order to penetrate a given fabric.

Some products, such as tents and jackets are by their very nature intended to protect the user from the wind, rain, snow, sun and so on. Different conditions would require different levels of protection. A mild climate with a few light showers would require the hydrostatic head to be less than if the climate was rougher with lashing rain.

The British Ministry of Defence definition for a waterproof fabric is that it must resist a column of water at least eight hundred millimetres high.

Of course, this is compensated for in the level of hydrostatic head. As mentioned above, the MOD consider 800mm as waterproof. Most tents start around 1500 which is substantially higher.

Weather is best considered for the worst case scenario.

Here are our recommendations as to what to look for.

During a British three season period, Spring, Summer, Autumn the hydrostatic head of the tent should certainly not be less than 1000mm. Any less and water seeping in during a storm is very likely. Bear in mind also that wind-driven rain requires a higher hydrostatic head.

An hydrostatic head of 2000mm plus is going to take care of most European rain conditions in all seasons. Of course, the type of material fabric and pole structure of the tent are then going to be a further consideration.

All the tents on sale on our site should show the hydrostatic head. The majority are suitable for three season use within the UK. 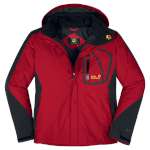 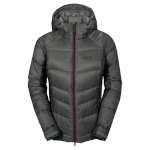 Jackets and onesies for playing in the outdoors

£1.95 Next working day UK* delivery - Free on orders over £50 - Order before 3pm - (*2 working days for Highlands, Islands and Northern Ireland)